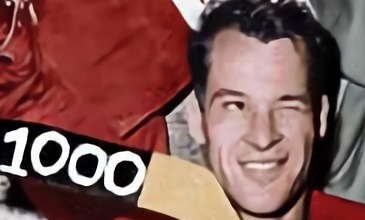 SWIFT CURRENT, Sask. – Hockey Saskatchewan, in partnership with the Ted Knight Saskatchewan Hockey Hall of Fame (SHHOF), are pleased to announce the launch of our Inductee of the Month.

Each month for a year on social media, we will highlight one of those enshrined in the Hall of Fame for their contributions and achievements in the builder, grassroots, official, player and/or team categories.

For the inaugural Inductee of the Month in April, it was “Mr. Hockey” himself, Gordie Howe. The NHL legend born in Floral, Sask., had arguably as big of an impact on the sport as anyone to ever lace up a pair of skates.

Tickets are also on sale for the 2022 SHHOF Induction Dinner. The annual banquet, which is presented by SaskTel, is set to take place at St. Mary's Cultural Centre in Yorkton, Sask., on June 24, 2022. Tickets ranging from $50.00 (Individual) to $400.00 (Table of 8), plus applicable fees, are available for purchase here.

The Ted Knight Saskatchewan Hockey Hall of Fame Induction Dinner operates with a chosen host committee to put on the event. Proceeds from the event are split evenly amongst the two groups to help fund the yearly operations of the Hall of Fame in Swift Current as well as the local host community’s chosen initiative.

SHHOF opened its doors in 2012 which coincided with Hockey Saskatchewan’s 100th-year celebration. The Ted Knight Saskatchewan Hockey Hall of Fame is located in Swift Current at the Credit Union iplex. For more information, please visit www.saskhockeyhalloffame.com.