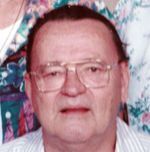 Wayne Henley grew up on a farm just south of Fort Qu’Appelle. Henley was a hard-working individual that travelled around the province for his job. After stops in Regina and Weyburn, Henley would meet his life partner Kae Knelson in Swift Current. The young couple moved to Ituna before 1966 when Henley was promoted and transferred to a position in Yorkton.

In Yorkton, Henley would immerse himself in the community through volunteer work. Henley was heavily involved in Yorkton Minor Hockey for over 20 years. He served as president and founding member of the South Saskatchewan Hockey League (1975-77­), president of the Yorkton Minor Sports Association (1977-78) and manager of the Yorkton Mallers Midget “AAA” hockey team (1990-2014). With the Mallers, Henley was part of the 1992-93 Air Canada Cup-winning team that claimed the national championship that season.

Henley has been recognized for his volunteerism in minor sports by being presented awards from the Canadian Amateur Hockey Association for his service to Minor hockey, Yorkton Terriers Sportsman of the Year and has received lifetime membership awards from the Saskatchewan Midget “AAA” Hockey League and Saskatchewan Hockey Association (now Hockey Saskatchewan). Henley was inducted into the Yorkton Sports Hall of Fame in the Builders category in 1999.