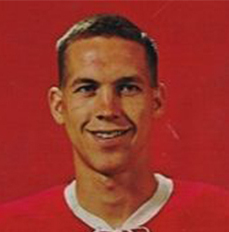 Terry Harper (Regina) has been inducted into the Saskatchewan Hockey Hall of Fame in the Players category.

From a young age, the defenceman was known for his toughness. As a youngster, he suffered serious third-degree burns to his arms, chest, stomach, and legs in a fire. The damage required seven years of skin grafting. Through it all, Harper used hockey as a motivating force to get through the pain. His doctors agreed to let him play hockey, thinking that the skating would help rebuild his leg muscles. By 1957, Harper had joined the Regina Pats narrowly missing out on the Memorial Cup.

Harper turned pro in 1960 and his debut season for the Montreal Canadiens was in 1963. During his time there, he would go on to capture five Stanley Cups and play in four All-Star games. Prior to the 1972-73 season, Harper was traded to the Los Angeles Kings where he was immediately named team Captain, a position he held for three seasons until his trade to Detroit as part of the blockbuster trade that sent Hall of Famer Marcel Dionne to Los Angeles. After four seasons with the Red Wings team, he played his final two seasons for the St. Louis Blues and Colorado Rockies.

After retiring from playing, Harper spent a season as an Assistant Coach with the Colorado Rockies.