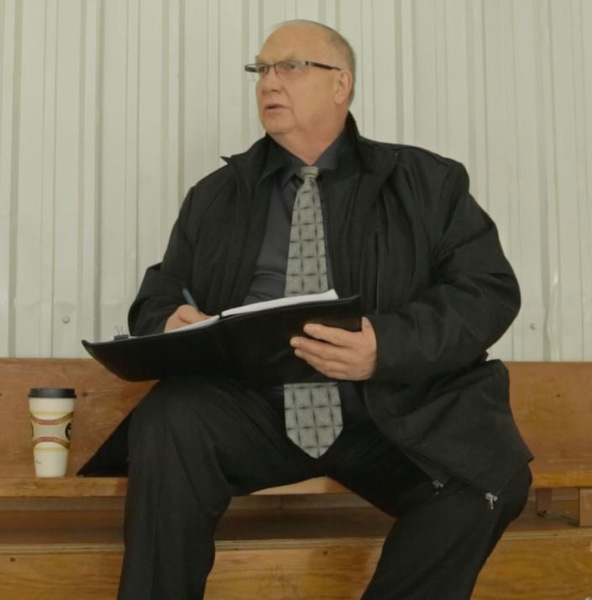 Lyle Wilhelm (Moose Jaw) has been inducted into the Saskatchewan Hockey Hall of Fame in the Official category.

Wilhelm has spent 48 years as a true leader of hockey officiating in our province and country. He continues to make officials and officiating programs better. His contribution to the Saskatchewan Hockey Association (now Hockey Saskatchewan) and Hockey Canada in the development of programs and his vision of making hockey officiating better has been a great benefit to the game.

As an official, Wilhelm officiated Minor, Senior, and College hockey. In 1978, he began to officiate in the Saskatchewan Junior Hockey League and in 1980, he attended and achieved his level 5 in Saskatchewan. He continued his development and in 1983 began his career as a linesman with the Western Canada Hockey League (now WHL). In 1984, he achieved the highest level possible as an official with Hockey Canada, attending the level 6 seminar in Montreal.

Wilhelm has been heavily involved with the officiating programs at the local, provincial and national levels. He was involved in helping form the Moose Jaw Referees’ Association. He worked as a zone coordinator, head clinician, and became referee-in-chief for Saskatchewan in 1990.  His work as a supervisor has spanned many leagues and levels including - Minor hockey, SMAAAHL, PJHL, SJHL, ACAC, CIS (now U Sports) and the WHL. In addition, he has travelled to national and international events including three World Junior Championships.

With his involvement in Hockey Canada, he has been instrumental in bringing about changes to procedures, supervision, and instruction at the national level and was a Hockey Canada Award of Merit recipient in 2005.

Wilhelm was named a Saskatchewan Hockey Association Referee Division Life Member in 2003. He continues his dedication to the game as he remains active with the SHA Referees’ Division as the head supervisor, active instructor and mentor.