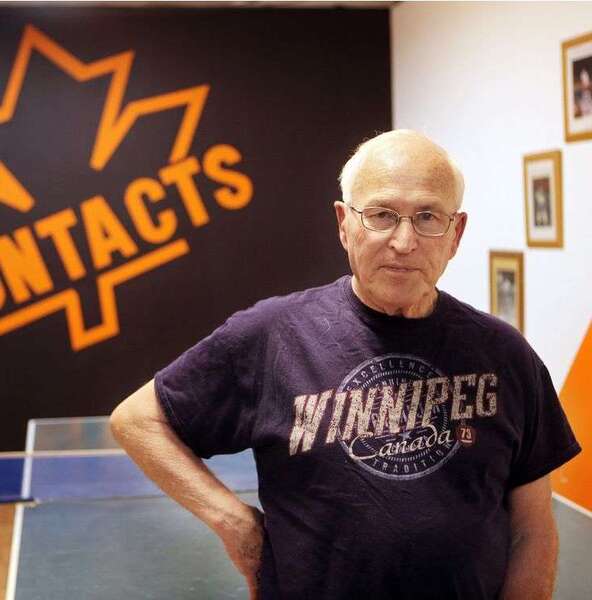 Jim McIntyre (Saskatoon) began coaching minor hockey with the Saskatoon Contacts at the male Midget level. He would go on to purchase the club in 1980. McIntyre’s motto for the team stands as “Creating hockey players and citizens for tomorrow.” Jim McIntyre’s motto had one purpose; to prepare young men for both hockey and social lives.

Throughout his years with the club, McIntyre would serve as owner, coach, league governor, bus driver, team manager, general manager, assistant coach, and mentor. During those years, nearly 1,000 young men would have the opportunity to know McIntyre in one role or another while playing for the Contacts.

The Saskatoon Minor Hockey Association created the McIntyre Cup, a trophy awarded annually to the winning team in a matchup between the Saskatoon Contacts and their rivals, the Saskatoon Blazers. The McIntyre Cup was created to recognize Jim McIntrye’s continuous commitment to the development of Minor hockey players in Saskatoon.