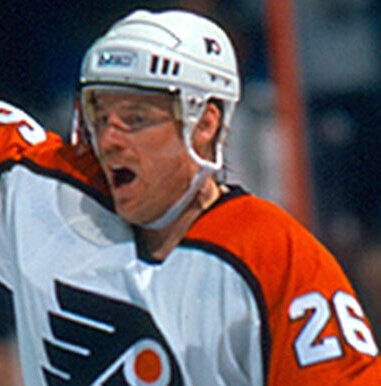 Brian Propp (Lanigan) started his career with the Melville Millionaires of the SJHL and holds the scoring record with 75 goals and 92 assists for 168 points in 57 games. Then Propp played with the Brandon Wheat Kings of the WHL. He was drafted 14th overall by the Philadelphia Flyers in the 1979 NHL Entry Draft where he played most of his professional career.

During the 1990-91 season, Propp was a member of the Minnesota North Stars. He played for the Hartford Whalers during the 1993-94 NHL season.