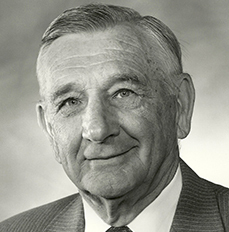 Jules Swick has been inducted into the Saskatchewan Hockey Hall of Fame in the Official category.

Swick was born in Wakaw where he played Minor hockey as well as in Prince Albert before settling in Saskatoon. During his playing career, Swick spent time with the New York Rovers, Troy, Ohio Bruins where he was voted most valuable player, and with the Indianapolis Chiefs.

In 2001, Swick was inducted into the Saskatoon Sports Hall of Fame in the Builder category for his contribution to hockey, baseball, softball, and golf.