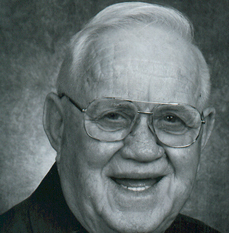 He began serving on the Saskatchewan Amateur Hockey Association (now Hockey Saskatchewan) Board of Directors in 1976 and continued until 1988. During that time, Jack coached, served as Vice President of the Southern Midget “AAA” League, and served as a mentor to many coaches and administrators.

Jack has been a past President of Hockey Saskatchewan, the representative at numerous national championship events, and has spent time on the Board of the Canadian Hockey Association (now Hockey Canada). Internationally, Jack, along with three other Canadian coaches, participated in a series of coach’s clinics in the Soviet Union during the World Hockey Association – Soviet series of 1974 and he was selected to accompany the Notre Dame Midget “AAA” team to Japan for an exhibition series in 1980.

Jack, always humble, says that he could never have done what he did if it wasn’t for his beloved wife Fran who stayed home and raised their children.