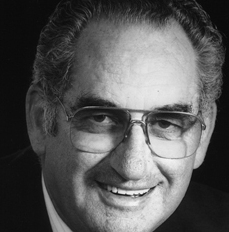 A native of Craik, Del has been a fixture with the Pats, boasting a 25-year career with junior hockey in Regina. He began his hockey career as a goaltender for the Regina Abbotts in 1945 and the Pats from 1946 to '47 (when the Abbotts and Regina Commandos were joined). Del began coaching the Pats Minor teams in 1948, coaching Bantam, Midget, Juvenile, and Junior B teams simultaneously until 1965, winning 35 provincial and three international titles. He became the General Manager from 1956 to 68 while also scouting for the Canadiens in Western Canada.

He was a driving force in establishing the Western Canada Junior Hockey League and the Canadian Major Junior Hockey League and in 1970, he was part of the group that led the WHL into a partnership with Ontario and Quebec. Wilson was part of a group of investors to purchase the Pats in 1970 and once again served as General Manager and President for another six seasons. Del left the Pats in 1980 but continued to be involved, serving as Chairman of the Board of the WHL for six years and Chairman of the Board of the CJHL. He served one year as president of the WHL. He was Referee-in-Chief for the WHL from 1980-82 and, in 1995, retired as a scout for the Canadiens after 47 years (1948-95).