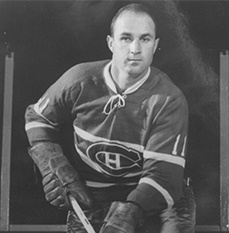 Robert “Bob” Turner (Regina) has been inducted into the Saskatchewan Hockey Hall of Fame in the Players category.

Turner, a defenceman, played three seasons with his hometown Regina Pats and two seasons with the Shawinigan Cataractes (Quebec Hockey League) before joining the Montreal Canadiens of the National Hockey League (NHL) in 1955. He went on to earn an impressive five Stanley Cup rings -- as the club set a record with five consecutive championships -- skating alongside the likes of Maurice Richard, Jacques Plante, Doug Harvey and Jean Beliveau. Turner was one of only 12 players who remained with the Canadiens for all five Stanley Cup wins. After his time in Montreal was done, Turner went on to finish his professional hockey career with the Chicago Blackhawks (1961-63) and the Buffalo Bisons of the American Hockey League (1964). Over the course of his professional career, Turner was selected to play on six NHL First All-Star teams.

After the conclusion of his playing career, Turner returned home to coach the Regina Pats for eight seasons. Over his time as Head Coach, he led the team to a second-place finish in Canada in 1969 and to a Memorial Cup championship in 1974. Turner is considered a Pats' coaching legend as he still leads the franchise in career victories with 499.

In 1994, Turner was inducted into the Saskatchewan Sports Hall of Fame in the Athlete category.